North Carolina’s results on the National Assessment of Educational Progress held steady on exams administered during the 2018-19 school year, with fourth and eighth graders performing at levels similar to 2016-17, when the nationwide assessment of reading and math skills was administered last. 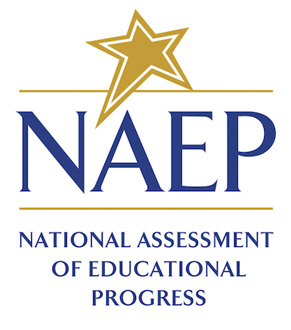 Few states showed gains. Only one, Mississippi, saw a statistically significant gain in reading, at the fourth grade. Seven states and the nation as a whole, showed a gain in fourth-grade math; two states gained in eighth-grade math.

Far more states – and the nation as a whole – lost ground in reading: 17 states at the fourth grade and 31 at the eighth grade.

Over the last 10 years, North Carolina, the nation as a whole and most states have shown little or no change in NAEP scores – either in math or reading. In fourth grade reading, for example, only seven states saw a statistically significant increase and 13 a significant decline. In eighth grade reading, only five increased while 16 decreased.

The NAEP assessment, conducted by the National Center for Education Statistics and also known as The Nation’s Report Card, measures math and reading performance of a representative sample of students in the fourth and eighth grades every two years in each state and the jurisdictions of the District of Columbia, U.S. Department of Defense schools and Puerto Rico (math only).

NAEP summary results are reported in terms of average scale scores and four performance levels -- below basic, basic, proficient and advanced. The NAEP proficiency levels are set at a very rigorous level, and the proficient level is defined as mastery over challenging subject matter. NAEP’s proficient standard is roughly equivalent to North Carolina’s standard for Career and College Readiness used in measuring student performance on the state’s end-of-grade and end-of-course exams.

Compared to the nation as a whole, North Carolina’s 2019 results in reading were not significantly different in fourth or eighth grade in terms of scale score or percentages of students at or above the basic level or at or above proficient.

The information below provides an overview of North Carolina’s performance on the 2019 NAEP. Detailed reports on each assessment, by grade and subject, can be accessed here.

Fourth-grade math
Looking at the results of all states and jurisdictions, North Carolina was one of 40 states where changes in fourth-grade math scores from 2017 weren’t statistically significant. In terms of performance levels, North Carolina’s results showed that 41% of students met NAEP’s “proficient” or “advanced” standards, a percentage that was statistically similar to that of the nation as a whole and 28 other states. (Nine achieved higher rates of proficiency, 12 lower.)

Fourth-grade reading
In fourth-grade reading, North Carolina’s average score declined three points, but was one of 34 states and jurisdictions with no statistically significant change in their scores from 2017. With 36% performing at the proficient or advanced levels, it was one of 37 states with similar proficiency levels. (Three states were higher; 10 lower.)

In fourth-grade math, North Carolina’s score has increased from 230 to 241 (unchanged from 2017), a statistically significant increase, and the percentage of students scoring at the proficient level or better has increased from 25% in 2000 to 41% in 2019.

Reading performance among eighth graders, however, has remained essentially flat since 1998, with this year’s score of 263 not significantly different from 262 in 1998. Likewise, the percentage of students achieving a score of proficient or better in 2019 (33), was not statistically different from the 30 percent who did so in 1998.

NAEP is the largest nationally representative, continuing evaluation of the condition of education in the United States. It has served as a national yardstick of student achievement since 1969. Through The Nation’s Report Card, NAEP informs the public about what American students know and can do in various subject areas and compares achievement among states, large urban districts, and various student groups.

Under the No Child Left Behind Act of 2001 and then the Every Student Succeeds Act of 2015, Congress requires all states to participate in the NAEP reading and mathematics assessments at the fourth and eighth grades every two years as a condition for receiving federal aid. Since 2017, NAEP results are from digital assessments. All 50 states and the District of Columbia and schools operated by the Department of Defense participate in both the reading and math portions of the national assessment. Puerto Rico also participates in the math assessment.

Comparisons between North Carolina students' performance and the nation are made using public school scores only. NAEP results for the nation reflect the performance of students attending public schools (including charter schools), private schools, the Department of Defense schools and Bureau of Indian Education schools.

Only national- and state-level data are available because the NAEP is only given to representative samples of students in each state. Individual student scores are not provided. In addition to assessments in reading and math at fourth and eighth grades, NAEP assessments are also conducted in science, writing, civics, economics, geography, U.S. history and the arts.