Vice Chairman A.L. “Buddy” Collins Resigns From The State Board of Education 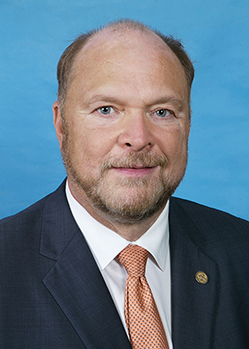 A. L. "Buddy" Collins has resigned his seat as a member of the North Carolina State Board of Education, board Chairman Bill Cobey announced today.

Collins, a Kernersville attorney whom the board elected its vice chairman in 2013, said he will continue to serve until Gov. Roy Cooper appoints his successor or April 14, whichever comes first. Collins’s term expires March 31, 2021.

“Buddy’s departure will be a big loss to the board and to me personally. He has been a great board member and vice chairman. He’s also been a great friend, willing to do everything I asked him to do, but also willing to challenge me and give me ideas,” Cobey said. “Buddy’s commitment to doing what’s right for educators and students is unsurpassed, and his thoughtful examination of issues and thorough preparation for meetings means he will be missed here and invaluable where he goes next.”

Gov. Pat McCrory appointed Collins to the board in 2013 to represent the Piedmont-Triad region. Collins also served on the Winston-Salem/Forsyth County Board of Education for 15 years and is a former member of the Forsyth Technical Community College Board of Trustees. While Cooper will appoint Collins’ successor, the board will elect its next vice chairman.

“Serving the state of North Carolina as a member of the State Board of Education has been an honor and privilege; and I am grateful for the opportunity to help improve education in our state,” Collins wrote in a resignation letter to Cooper dated Thursday.

A lifelong resident of Forsyth County, Collins earned a bachelor’s degree in economics and political science from N.C. State University and a law degree from Campbell University. He has been in the general practice of law in the Triad since 1982. In 2008, Collins was awarded the Friend of Education Award by the Forsyth County Association of Educators.